Let’s take a look at Norm 2, Speak Up, beginning with why we don’t speak up, then we will look at what we do instead, and finally, how to speak honestly with respect.

People constantly back away from being honest. The lack of
“Speaking Up” is mentioned as the most pressing concern from
almost all of our clients.

They describe people who stand on the sidelines of a dialogue or
meeting and stay silent about issues and don’t voice their ideas.
It has been given a name in business literature: “The spiral of
silence.” In other words, “they aren’t doing what we are paying
them to do” is how one senior executive put it.

Why don’t people speak up? Which are the biggest reasons?

If people don’t trust their leadership, then perhaps the first thing that’s needed is to Speak Up to them about it, “guys, I really need to hear from you. Is there something we can’t speak up about? If I am the problem,
then I really need to know.”

It’s real and needs to be addressed. Acknowledge it – we want people telling us what they think to operate in the Arena. 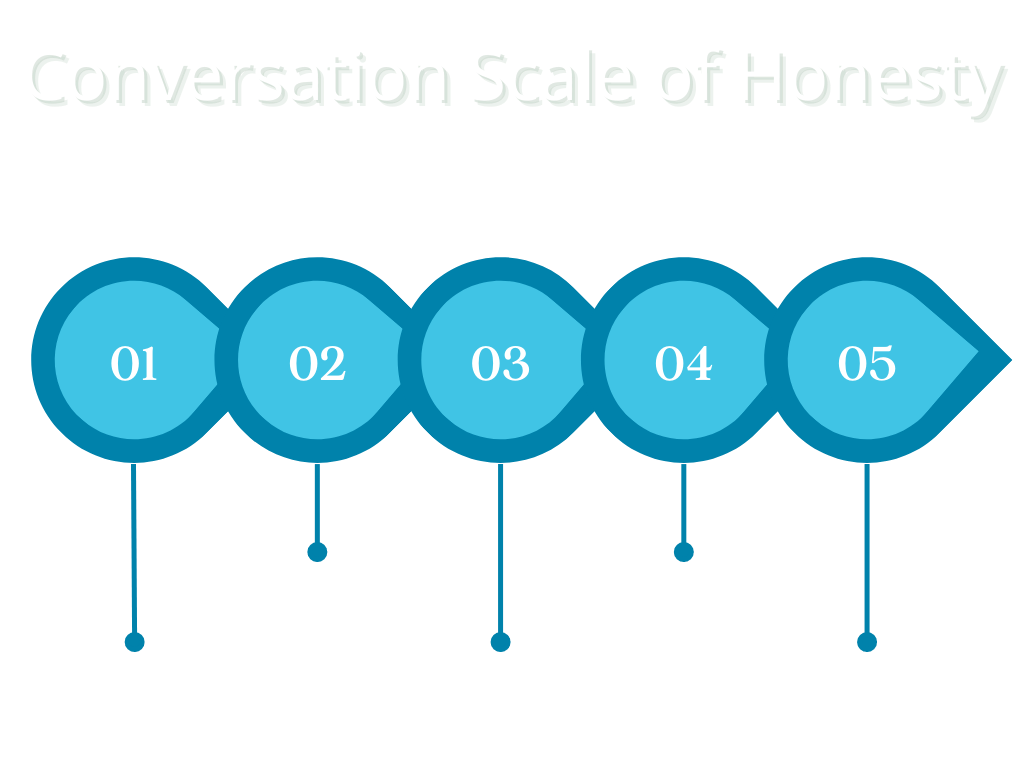 Take a look at the Conversation Scale of Honesty above. The Scale of Honesty is a measure that goes from 0-5. Looking at this, think about what we do instead of communicating honestly, concisely, and respectfully while owning our thoughts and ideas.

Let me share a story with you to help make this scale come
to life a bit.

A couple that we recently met joined us for a day out on our
boat. Off we went on our boat, and within an hour into the trip, I
got sunburned from head to toe. There was no place on the boat
to get shade and my sunscreen was already on. I didn’t want to
speak up because I wanted to be a good host.

If you look at number 1 on the conversation Scale of Honesty,
it says we hint. I said to the other lady, “can you believe how hot it is today? Translation: I wanted her to say yes, it’s really
hot and you are getting sunburnt you should get off the boat.
Because what I am thinking is, I need to get off this boat
because I am getting really burnt. I don’t say that because I
am not comfortable in the arena so I talk around it. The next
thing I say to her is: it’s really hot, look how red I am getting.
The translation: I want her to say, ‘You are! Let me ask your
husband to stop and let you off.” 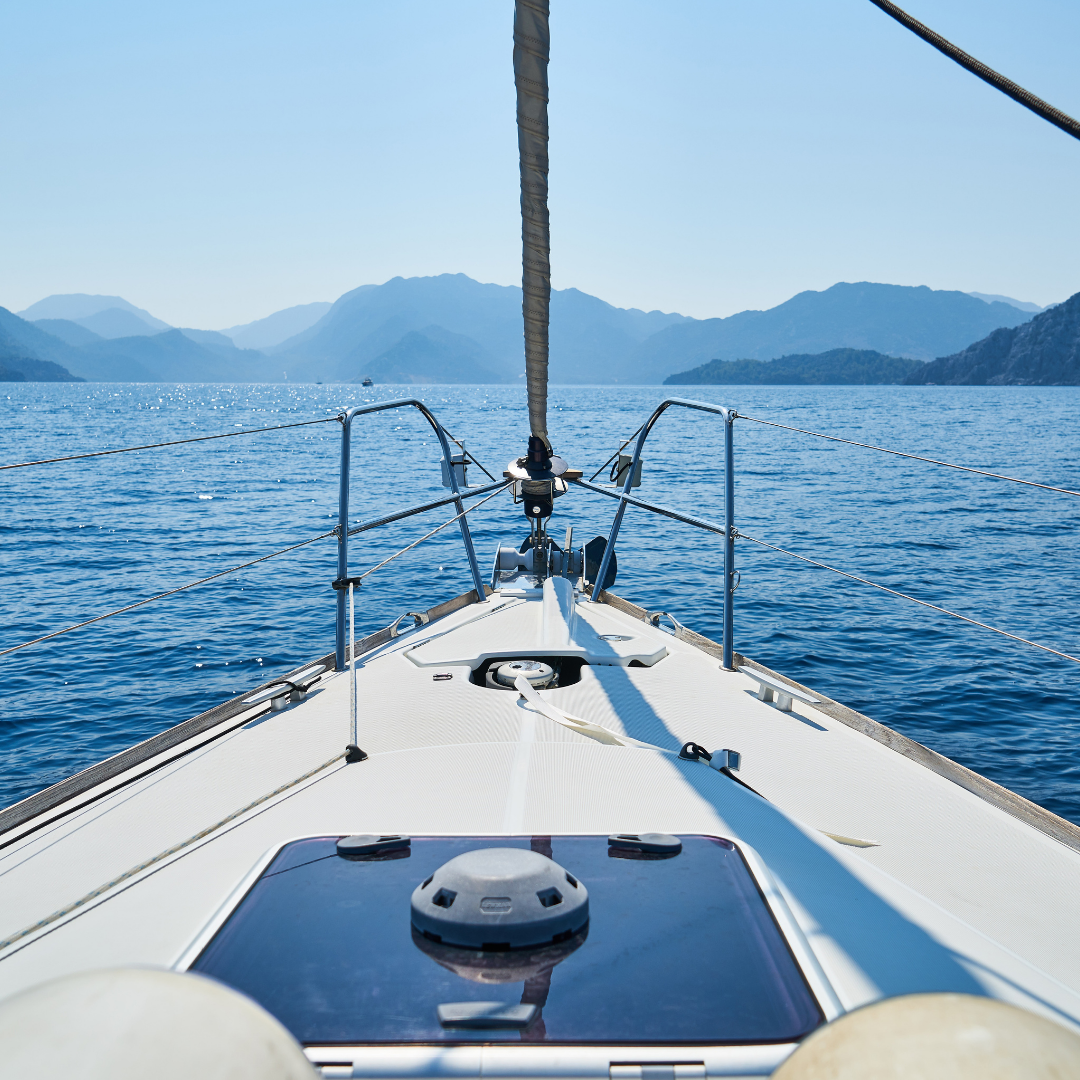 I needed to get off the boat, so I stayed in the Arena. When we don’t want to rock the boat, we go into a 2 or 3 on the scale. Finally, since none of my hints were working, I said to my husband, I need to get off the boat”. He said, “So who is up for more skiing?” I couldn’t believe it. He didn’t even hear me!

So, I learned I need to repeat what’s important in a respectful
tone.

I said it again; I really need to get off the boat.

I am not hinting; I am using I statements. The rule of 3 – I said it once because people are distracted, twice and then a third time. Since the others on the boat are clearly not getting my message the third time I say it, I become aware that I am not connecting or they are not connecting. My husband then turned and said, “you’re serious, aren’t you?” 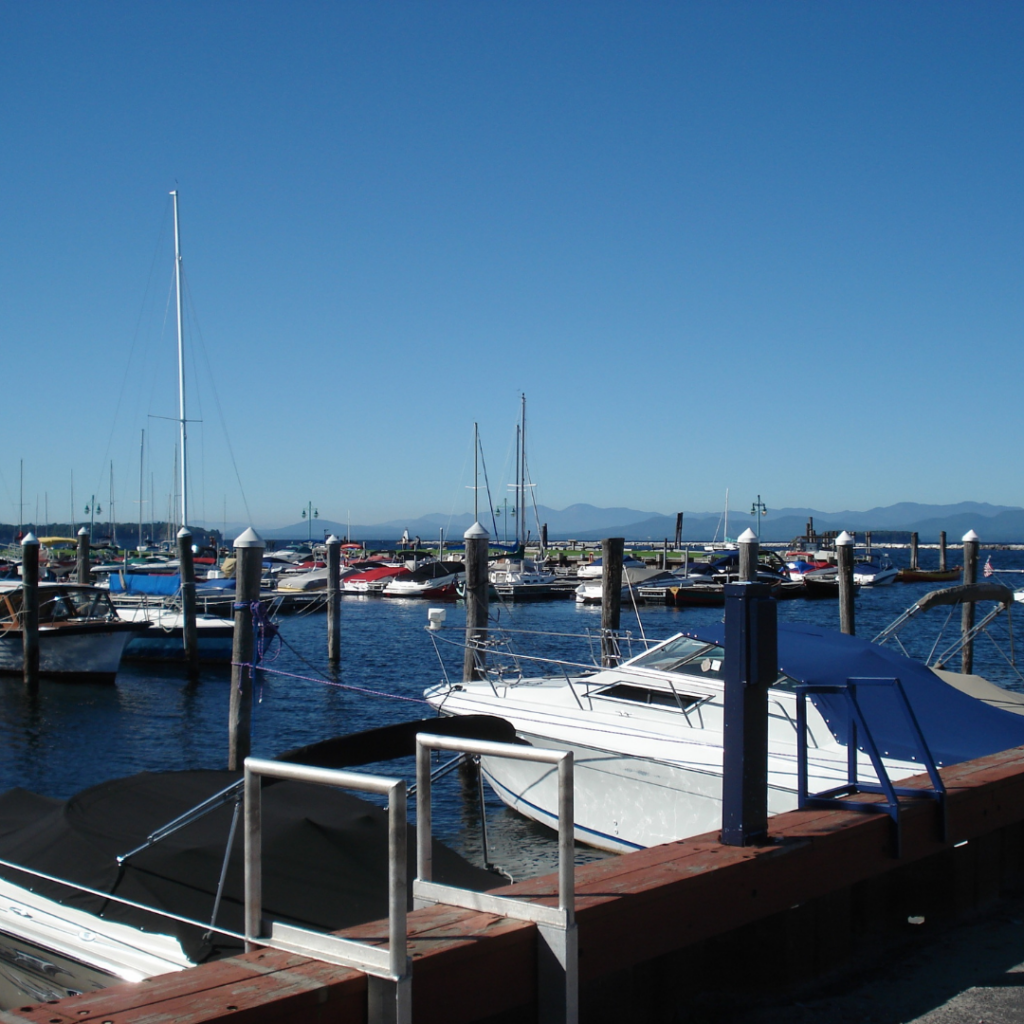 The point is that we are so busy hinting because it feels safer rather than owning it. If we are operating as a 1 or a 2 to keep safe, we need to move up the scale of honesty to a 4 or a 5.

There is a big jump, but a critical one.

A really tragic business example is from Korean Airlines. Malcolm
Gladwell, the well-known researcher and author, writes in his book Outliers that Korean Airlines had more plane crashes than any other airline in the 1990s. It had nothing to do with the age of their planes or the quality of the maintenance. It had everything to do with the hierarchical culture of Korea.

In this culture, you are obligated to be deferential toward elders and superiors in a way that we don’t see in most western cultures. The problem centered on the fact that the Boeing Airbus design was created to be flown by two equals – pilot and co-pilot.

After one particular disaster, rescue workers recovered the black
box and analyzed why the plane crashed. There were highly deferential statements, unclear speech, that were making inferences but not direct, bold statements that corrected the pilot’s behavior.

Saying things like “What do you think about those mountains? Do you think we will clear it?” They should be saying, “Pull up! We aren’t going to clear those mountains.” We need to step into the Arena courageously. We need to say I statements and repeat key points. We must strive to be clear and concise and not to give long explanations that distract from the
message and meaning.

In our upcoming workshop we’ll think about things in your organization that you don’t bring into the room, or on to the conference call, because it matters.

Login
Accessing this course requires a login. Please enter your credentials below!
Lost Your Password?